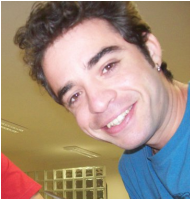 Why species are not distributed randomly in space is one of the central questions in ecology. I am broadly interested current and historical factors that influence species distribution patterns and diversity gradients. In my work I integrate phylogeny, maps, traits and remote sensing to understand the processes that generate and maintain the diversity of life. I am also interested in the use of correlative and species distribution models to understand in which situations invasive species are more likely to show niche shifts or conservatism between native and invasive regions. 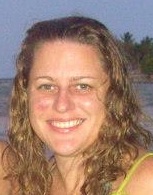 My current research is on sexual selection based on visual signalling in lizards, using Cnemidophorus ocellifer as model species. By testing the influence of ultraviolet-based ornamentation in mate choice and male competition via color manipulation experiments, we have been able to reveal signal information content and their role in reproductive strategies of lizards. I am also interested in other issues that researches on colour signals can unfold, such as the ecological relationships in which structural or pigment-based coloration may potentially influence or be influenced, as in predator-prey and host-parasite interactions, in our model species and other species of tropical lizards. 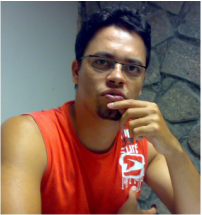 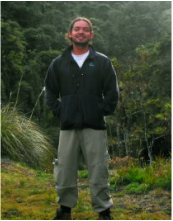 I am a Costa Rican biologist with interests in Ecology, Evolution and Conservation of Amphibians. In the past I have worked mainly with taxonomy, behavior and conservation of Costa Rican species. Currently I am interested in conduct integrative research (phylogeography, niche modeling, bioacoustics and integrative taxonomy) to understand the role of climatic and topographic complexity in the diversification processes  of lower Central America. To this end I will evaluate geographic distribution of genetic diversity within the genus Diasporus along altitudinal gradients in Costa Rica's mountain systems to understand if there are patterns of lineage diversification related to major historic and ecological events. Moreover I’ll combine multiple sources of evidence to elucidate the taxonomy of this group which may contain a higher diversity as result cryptic speciation.
Contact: garciar.adrian@gmail.com 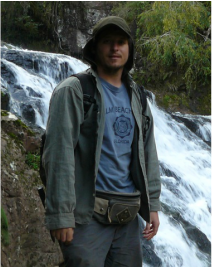 I am interested in studying the relation between morphologic and ecologic variations occurring during the speciation processes at different evolutionary scales. I use geometric morphology and niche modeling as tools to identify potential mechanisms involved in the evolutionary radiation of southamerican canids. Moreover, I have participated during the last years in different works using non-invasive techniques to detect carnivores, for this reason I am deeply interested and commited with Conservation Projects taking place primarily in the Atlantic Rainforest region of Argentina. 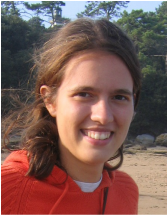 Caterina Penone - Former Postdoc Researcher
My primary research goals are directed toward understanding the mechanisms that drive the dynamics and the distribution of biodiversity patterns across different spatial and temporal scales. In particular I am interested in the effects of filters induced by biogeographical constraints, landscape factors, environmental factors and management practices on community assembly.
Present position - Postdoctoral researcher University in Bern, Switzerland
Contact: caterina.penone@gmail.com 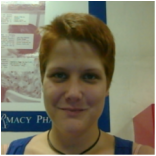 Katalin Bajer - Former Postdoc Researcher
I am interested in the design and information content of visual sexual of animals, using lizards as model systems. Currently I have four different themes in focus; the first is the role of structural and pigment-based coloration in intra- and intersexual selection. I try to identify colour traits affecting mate choice and male-male interactions in two model species (Cnemidophorus ocellifer and Tropidurus semitaeniatus), testing primarily the structural coloration, as it is lesser known than pigment based coloration.
My second theme involves the costs associated to signal elaboration and maintaining. It is important to identify the factors that maintain signal honesty through different environmental or social factors, like temperature dependence or increased aggression. Taking advantage of studying ectotherms, I am mainly focusing on the connection between sexual signal development (using Lacerta viridis as a model system) and thermoregulation, as temperature regimes have a major effect on physiological performance in this group. The third theme is about the role of the parasites in the evolution of visual signals. In a currently starting collaboration with two other research groups (Calsbeek lab [US], Schall lab [US] and BEG [Hungary]), we investigate the potential connections blood parasite load and characteristics of sexual signals in South-American lizard species. We would like to know if host-parasite coevolution is reflected in closely related lizard species and their hosts.
I have an on-going project at Eötvös Loránd University, Hungary on maternal investment in L. viridis, testing the idea if the males’ throat coloration, a sexually selected signal in this species affects the patterns of maternal investment, and differential maternal allocation effects offspring quality. I also plan to include C. ocellifer and T. semitaeniatus in this research.
At last, I am interested in the evolution of signal design in different habitats. Other signals are effective in a habitat with rocky outcrops and others in a shady forest, providing different visual backgrounds for the observer. This fact might can have a fundamentally effect the mechanisms through which quality signals evolve. This part of my research is recently materializing; I plan to compare the sexual signal design of species living in visually different habitats. 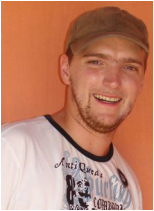 I am studing the evolution of shape and size of two canids species with largest distribution in South American, Cerdocyon thous and Lycalopex culpaeus. I intent to understand how the actual environment and the evolutionary history affects morphological characteristics. To try understand these, I work combining analyses of geometric morfometrics, ecological niche modelling and phylogeography."You can check out Pablo's latest accomplishments at http://lattes.cnpq.br/5991773287291413 or you can drop her a note: contact: pablo_sc82@hotmail.com 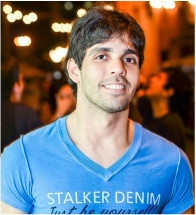